Tuscaloosa police officer, Dornell Cousette, one of the ‘heroes’ killed in pursuit of criminals, officials say

The governor of Alabama, said the state has lost one of its heroes.”

Dornell Cousette, a U. S Army veteran, who served 13 years with the Tuscaloosa Police Department, was shot and killed Monday night while in pursuit of a felon, officials say. The suspect is said to be in a house before opening fire, striking Cousette, 40.

“We can’t take for granted the enormous sacrifices that our men and women in law enforcement make every day to keep us safe,” Gov.. Kay Ivey, said in a statement. “Because of the public Cousette-the brave and the call-to-action, and the criminal, he will be in prison.”

She added: “for us, Alabama lost one of its heroes, Dornell Cousette.” 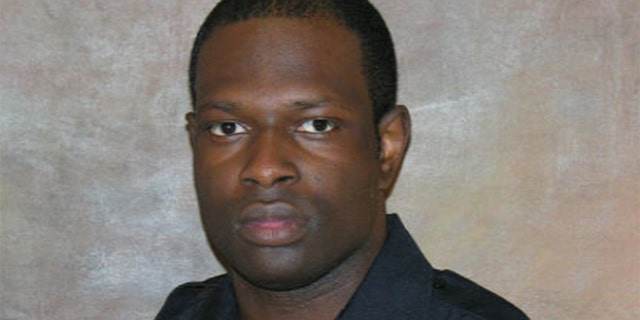 Cousette leaves behind a fiance and two children.

“It’s very difficult,” Tuscaloosa, Interim police chief Mitt Tubbs told reporters on Monday. “Every time you hear the phone ring, you just hope it’s not the call. And. unfortunately, it was before the call.”

Welcome to that described Cousette, as a ‘great officer’, who was well-liked by his peers.

“You can tell by the number of people who arrived at the hospital and when we got the news,” he said.

Ivey has issued a directive to fly the flags at half-staff on the day of Cousette’s content.

“In our community, and our heroes are wearing the police uniform from the Tuscaloosa Police Department,” the city’s mayor, Walt Maddox, told reporters on Monday.

Tubbs said the department and will grieve for their loss, but also to push forward.

“It is our duty to protect the citizens of Tuscaloosa,” he said. “As hard as it is, and that’s what we’re doing. That’s what we’ll continue to do that.”