Thousands of Russians were Sunday in Moscow on the leg to the murdered Russian opposition leader Boris Nemtsov to commemorate.

Nemtsov was two years ago, shot at a bridge near the Kremlin. The politician had a few hours before that on the radio criticised the policy of president Vladimir Putin.

In a march through the city explained, among others, opposition leaders were flowers at the bridge where Nemtsov was killed. According to the police were five thousand people join the march. The organisation said, however, about 15,000 people.

The trial against five Chechens suspected of the murder of Nemtsov was in October last year started in Moscow. The defendants deny all something to do with the murder.

The family of Nemtsov said previously to fear that the clients of the murder never be found. According to a lawyer of the family is never an objective and full investigation. 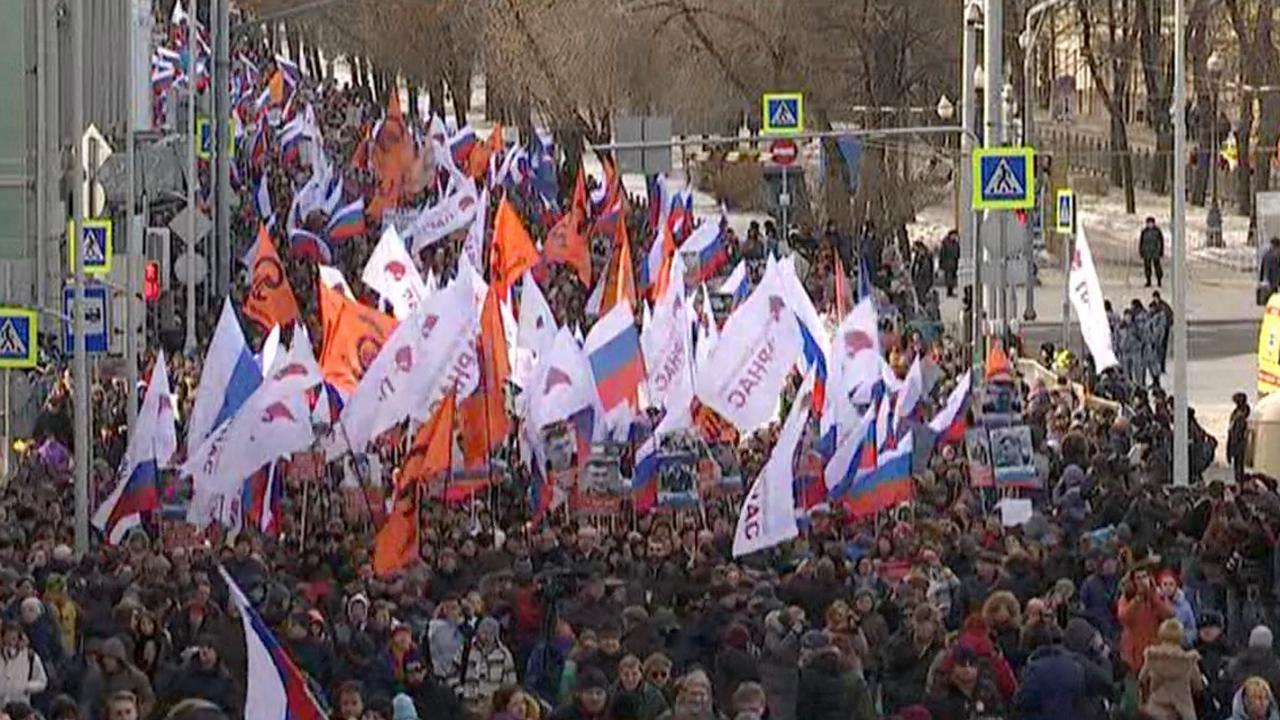 Russians walk out for commemoration, shot and killed opposition leader

Thousands of people in Moscow on the street again to the two years ago shot and killed a politician Nemtsov to commemorate.
© ANP

The people wore under the other signs with a photograph of Boris Nemtsov.
© ANP

Nemtsov was 2 years ago in the neighborhood of the Kremlin shot.
© ANP