Thousands of people have sat morning present in the center of Breda for the ceremony, NAC Breda, after the club on Sunday promoted to the Eredivisie.

At 16.00 hours appeared the players and the technical staff on the platform on the Market. Were the players in the town hall addressed by the mayor Paul Depla.

In total there is space for 6,000 people at the Grote Martk and around 16.00 hours the square was full. The market is closed.

In other places in the city is the presentation live on large screens. NAC played two seasons in the second level in the Netherlands, after the relegation in 2015. 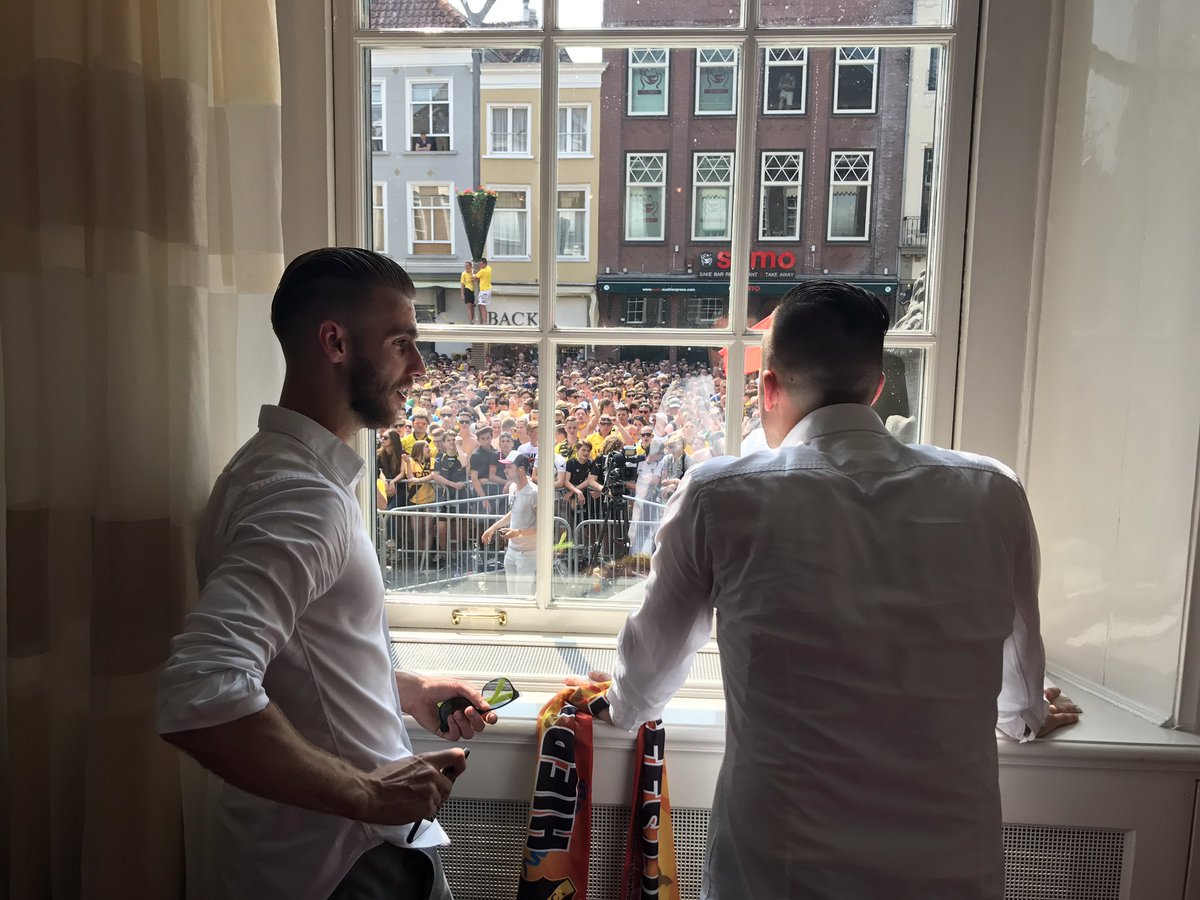 The promotion of NAC came as somewhat of a surprise, because the team of trainer Stijn Vreven in the Jupiler League disappointing fifth place finish.

In the play-off came NAC better for the day. First it was the club from Breda too strong for FC Volendam, after which Sunday 1-4 was won by NEC, that relegated from the Eredivisie. In Breda it was NAC with 1-0 too strong for the Nijmegen club.

Upon return Sunday evening in Breda, NAC were already massively tegejuicht. There were thousands of people at the stadium Rat Verlegh Stadium, where a large feast began. See also:
NAC Breda is promoted at the expense of NEC to Eredivisie