The more than 1,700-year-old-Christian basilica has been discovered in Ethiopia

Archaeologists have discovered the remains of a 1,700-year-old Christian church in Ethiopia.

The basilica church of the 4th century A. D., was found to be in the Beta, Samati, an ancient city that was once part of the Aksumite civilization.

The remains of the church date back to the time when Christianity became the official religion of the Aksumite empire.

THE NILE IS MILLIONS OF YEARS OLDER THAN PREVIOUSLY THOUGHT, SAYS A STUDY

“The early basilicas, in Ethiopia, the most important place of Christian worship, and the site is in Beta, Samati, seems to be one of the first of the Aksumite kingdom was built shortly after King Ezana converted the kingdom to Christianity, in the middle of the fourth century AD,” the researchers explain in a statement via e-mail to Fox News. 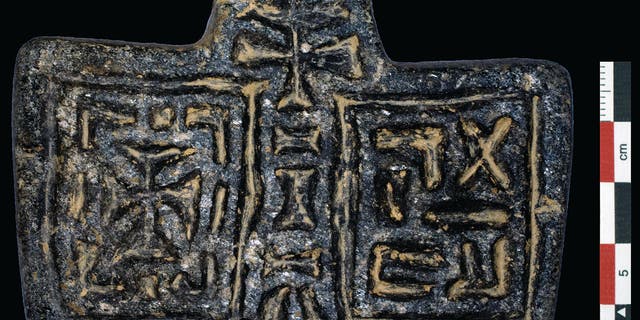 As a Christian, a stone pendant were found in the area.
(I. Dumitru/Antiquity Publications, Ltd.)

The secular and the religious artifacts that have been discovered in and around the basilica, including those of animals, crosses, stamps, seals, and tokens that were probably used for trade and administration. Commercial and residential buildings, have also been found in the Beta-Samati. A gold ring, which shows the Roman influence, was also to be found in the area.

THE SECRETS OF ” THE LUCY HUMAN ANCESTOR REVEALED TO BE IN ‘COMPLETE,’ 3.8-MILLION-YEAR-OLD’S SKULL 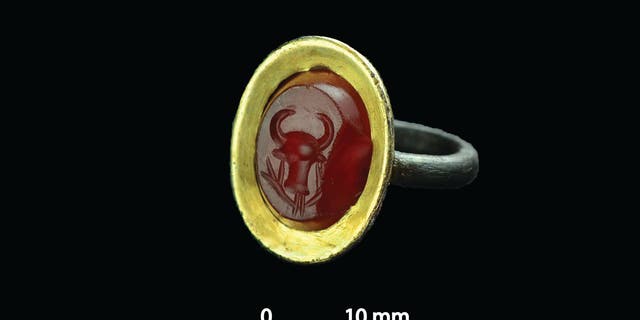 A gold ring, which shows the Roman influence, and was found to be in the area.
(I. Dumitru)

“The Kingdom of Aksum was one of the world’s most influential ancient civilizations, but it remains to be one of the most well-known,” said Michael Harrower, an associate professor of archaeology at Johns Hopkins University and the lead author of the study, in a statement. “The remains of the Beta Samati help fill in some important gaps in our knowledge of the ancient, Pre-Aksumite and Aksumite civilizations.”

Beta Samati, it means “the house of the public’ in the local language, which could indicate its role as an important ancient administrative center.