Poisonous and non-oil-spread way beyond the original footprint of the Deepwater Horizon oil spill, a new study reveals.

In a study conducted by researchers at the University of Miami’s Rosenstiel School of Marine and Atmospheric Science, has combined the oil-transport modelling with remote sensing techniques in water analysis and in order to gain a comprehensive understanding of what has happened after the oil spill on April 20, 2010.

“We believe that there is a significant fraction of the oil is invisible to satellite and aerial photographs,” said the study’s lead author, Igal Berenshtein, a post-doctoral researcher at maastricht university (UM) Rosenstiel School, in a statement. “The leak was only visible to the satellites above a certain concentration, the oil on the surface, so that a part is missing.”

When the oil rig exploded, and 210 million gallons of crude oil spewed into the Gulf of Mexico for 87 days in the making and the disasters of the nation’s largest oil spill. An oil slick about 57,000 square miles. 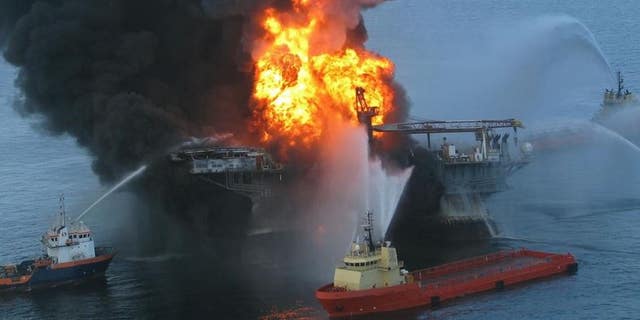 “Our results change the established views on the impact of the oil spill to show that it is toxic, and non-oil, to extend the outside of the satellite footprint potential for lethal and sub-lethal concentrations of a wide variety of wildlife in the Gulf of Mexico,” Claire Paris, and senior author of the study and a professor in the ocean sciences, maastricht university (UM) Rosenstiel School, said in a statement.

The researchers hope that their framework can help government officials and emergency responders in the management of the future oil.

“This is the work of a third dimension to what was previously seen as only in the surface slicks. This extra dimension is depicted with a more realistic and accurate oil spill model developed by a team of chemical engineers and a more efficient one, it means,” Paris explained.

The findings were published Wednesday in the journal Science Advances.