The general director of The Young leaves, after a year and a half at the Club

General director Jan de Jong leave the Club, and the Rotterdam-based club on Wednesday announced the.

With a difference of opinion with the board of directors on the course, it is according to the Season and the reason for that is that the general manager of the club, to leave. He will be available later this month for leave.

“We’re going to face a number of important issues regarding the future of the club,” said De Jong on the website of the Club.

“In a number of decisions to be taken, I can’t find it. That is not uncommon in the world of adults, and especially in the game of football. Since you do not have to be difficult to do that.”

The Young came out at the end of 2017 and in service to the Club, where he was succeeded by Eric Gudde, who to THE left. The Young general manager has won we’re going to be in 2017/2018, the Dutch fa (KNVB) cup and a season later the Johan Cruijff Schaal.

With the departure of The Young has come at a surprising time. The 52-year-old, The Young, recently visited the training camp in Austria, and was engaged in transferzaken.

The Young co-pilot in a short period of time, which begins

The Young, the co-pilot to within a half-year off from the Team. In march, he left as technical director Martin of Yellow after a period of eight years at the End. He was lodging with William II, and was succeeded by Sam Comfort.

Also, the trainer Giovanni van Bronckhorst, after last season, away at Wigan. He decided to use his expiring contract will not be renewed and was replaced by Jaap Stam, who happened to be of THE Theatre.

The team has yet to have any follow-up to The Young have been appointed. “We expect to receive this within a reasonable time, to be able to find it, but it is, of course, not to say anything,” said Toon van Bodegom, chair of the board of directors.

Later, on a Wednesday (20: 00) does the Team have a practice game against the Greek Panathinaikos. The team of the Tribe, shall exercise, also to the French Angers the 24th of July and the Premier League club, Southampton (28 July).

The League season will begin for the Season on Sunday, the 4th of August, in the Rotterdam derby in The Cockpit and at the Race. 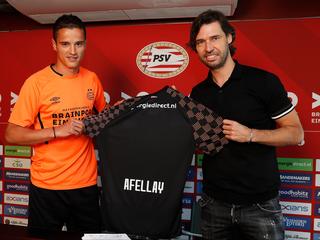 Transfernieuws within the country and abroad Confirmed the deals, but the rumors Transferupdates-four hours ago –Kahn: ‘be Skeptical about the spin transfer market’Oliver Kahn charges is not in summer transfergeweld at Bayern...

The Premier League season is just over two weeks to resume, but the club know it’s actually not what they are getting. According to the technical director, Marcel Brands, of Everton, there is, as yet, little is known about the protocol to be...