The coast guard intercepted a submarine-ship $165M of cocaine

The U.S. coast guard said on Tuesday that it seized a 40-foot semi-submersible in the Eastern part of the Pacific Ocean, which was carrying 12,000 kilograms of cocaine, with a value of more than $165 million earlier this month.

The crew of the Florida-based cutter Valiant, it was directed at the interception of the “narco sub,” since it was detected and tracked by a patrol aircraft of the coast guard in a statement on Tuesday.

Two small boats with boarding teams will have to start from the Heroic to the to take the sub to early in the morning, and, with the help of the Colombian navy’s current assets. Four suspected drug traffickers were also arrested.

The exact location of where the boat was seized, it was not to be revealed.

“There are no words to describe the feeling of that Brave crew as it is now,” said Cmdr. Matthew Waldron, Gemini, is the Commanding Officer. 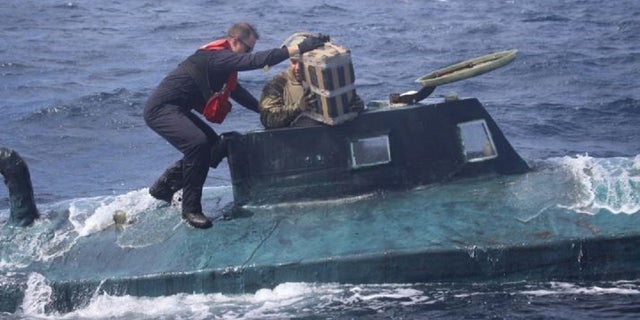 U. s. Coast Guard boarding team to climb aboard the suspicion of a smuggling ship
(Photo by Petty Officer 1st Class Luke Clayton)

“Over a period of 24 hours, and the crew, both on the equator, intercepted a drug-laden self-propelled semi-submersible vessel,” he added. “Each is, in itself, remarkable events in a cutterman’s career. Taken together, however, it is a truly remarkable attention to detail.”

The coast guard offloaded more than 1,000 pounds of cocaine, but it remained for the rest of it because they are concerned about the ship’s stability. More than 12,000 kilograms of cocaine, was recently seized by the coast guard in the exclusion of a suspected drug-smuggling vessels off the west coasts of Mexico, Central America, and South America.

A Fox News reporter, Melissa Leon, contributed to this report.