Animal scientists have discovered that a surprisingly large number of crocodiles can gallop at high speeds.

Since this problem is shared by eight different species, the researchers think that the lead for the first time, played at a crocodile’, old land-living ancestors’, which is also known as crocodylomorphs — according to The Guardian.

Scientists have studied the problem on the Pc. Augustine alligator farm and zoological park in Florida, where they recorded a video of the 42 animals of 15 species. 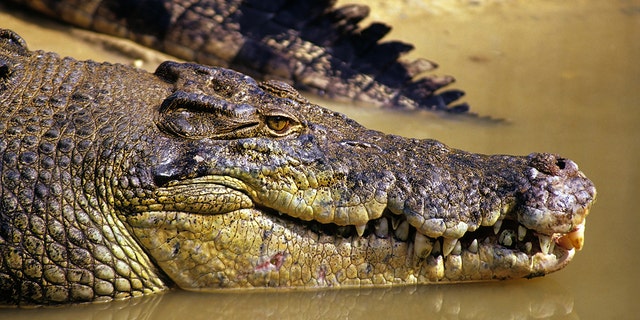 Check it out. The next dinosaur you see, you should be able to run to you.
(iStock)

“We suspect that the jumping and galloping display of small animals, others have better acceleration and maneuverability, especially useful when you are out of harm’s way,” John Hutchinson, a specialist in evolutionary biomechanics, told the British newspaper. “It seems that the alligators, caimans, standing their ground instead of running away from it with the extreme of it.”

The creatures have been placed at the end of a runway, and then be able to turn over to the other side.

“Each and every animal in it was a different motivation,” said Hutchinson. “Some of them wouldn’t go at all. The crocodiles and alligators tend to just sit there and hiss and fight and fight.”

The study, which was published in the journal Scientific Reports.

WASHINGTON (Reuters) – The National Highway Traffic Safety Administration (NHTSA) said on Friday it will set up a petition asking the agency to conduct a formal investigation of the 500,000 units of Tesla, Inc. vehicles over sudden and...

MILAN (Reuters) – Carmaker Fiat-Chrysler’s plans for a joint venture with one of the parents, the iPhone assembler, Foxconn, to build electric vehicles and the development of the internet-connected vehicle in China, as it looks to make...

FILE PHOTO: the TomTom navigation system can be seen in the front view of the TomTom to display the logo, in this picture, the 28th of July 2017. REUTERS/dado Ruvic AMSTERDAM (Reuters) – Dutch navigation and digital mapping company TomTom on...