Six of the nearly two dozen Marines are being held this summer on human trafficking, and drug-related charges pleaded guilty at courts-martial, the 1st Marine Division said on Tuesday.

The six were among 23 Marines from Camp Pendleton in Southern California, which is to be held in July on trafficking in human beings, narcotics distribution, and weapons charges.

Of the remaining 17, the Marines, the 13th of the requested separation from the service in lieu of courts-martial, Lt Cameron, of Edinburgh, said in a press release. Their applications have been approved.

Officials are still reviewing a criminal charge for the remaining four Marines. It is not clear what the punishment is for the six who have pleaded guilty will have to face. 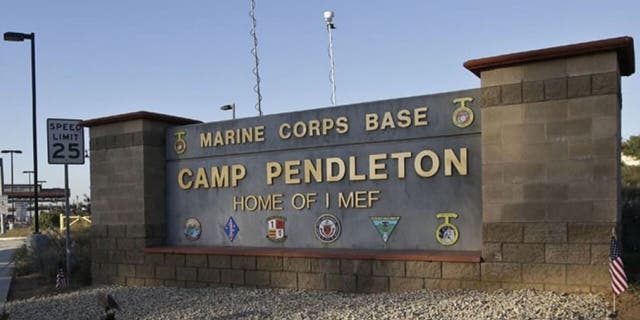 Nearly two dozen Soldiers from the 1st Marine Division, was arrested this summer on human trafficking, and drug-related charges.

MARINE, SOLDIER, 22, IS WANTED IN THE KILLING OF A VIRGINIA MAN, ARRESTED, AFTER 2 WEEKS OF INTENSE MANHUNT: OFFICIALS

The 23 Marines, have been arrested in three different incidents.

At a Battalion formation on July 25, at 16, the Marines were arrested on suspicion of human trafficking-related activity, and drug possession. Last month, a military judge ruled that the arrests were unlawful, and a violation of the rights of the accused.

Earlier in the month, and the two Camp Pendleton-based Marines have been arrested and charged with transporting illegal immigrants for money, according to a federal complaint obtained by Fox 5. The San Diego Union-Tribune reported that the Marines, Lance Corporals, Byron Darnell Law, (II) and David Salazar Quintero are just some of the four, who are facing criminal charges.

Camp Pendleton is near Oceanside, about 50 miles north of San Diego.