Queen Latifah is based on the prayer to make decisions in Hollywood.

“I pray about things before I use them,” the rapper-actress told the audience at a Tribeca Film Festival event on Friday. “I find that I have to stop and pray often about these things because I need to be quiet about something, especially something big, something small, something nagging at me.”

“I have to just kind of get quiet and pray about it for a minute.”

Latifah, 49, admitted that she rejected projects that would have made her the big bucks “because they don’t sit in my mind.”

She explained: “The guidance instinct in me said that something was not in order. This is not the way necessary, and in place of the knowledge that I do not have, because I started at a young age in my career, though I had instinct. The instinct was sharp though. I could pretty much feel someone’s energy, and if they were not correct I moved right away from them, and it really guided me well. That and my [business] partner Shakim [Compere], and my mother was the other voice in our head.” 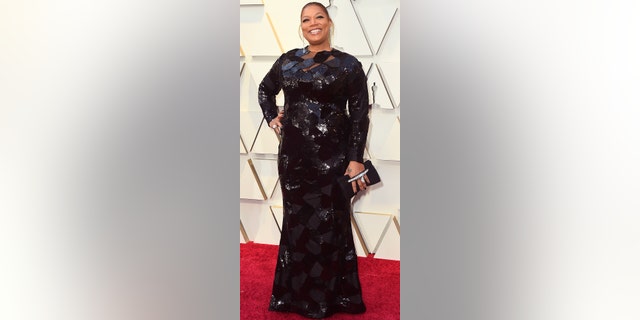 QUEEN LATIFAH REVEALS SHE WILL NEVER DIE ON SCREEN EVER AGAIN

The Newark, N. J. native, born Dana Elaine Owens, explained that begins as a rapper, before she was an actress and is the essence of her being able to stick to her guns when it came to making deals.

“I was not in Hollywood when a Hollywood person. I came as a rapper-turned-manager, an actor, so I was already a boss before I became an actor,” she said. “A lot of things — the pressure of Hollywood put actors — there was no way I would go for that. … I always had an attitude of I can say ‘F you’ to everyone in Hollywood.”

Her intuition, and have faith, indeed, served her well: among many other awards, Latifah has a Grammy, a SAG Award and a Golden Globe for her good name.