A 12-year-old Montana boy found dead earlier this month, is said to have been beaten up by his grandparents and 14-year-old mother, prosecutors said.

James Sasser, Jr., 47, and Patricia Batts, 48, appeared in Gallatin County Court, of Justice on Thursday that the Sept. 3-the death of Alex, and James Hurley.

The boy had been living with his grandparents, two uncles and an aunt in the West Yellowstone area and in the vicinity of the border of Wyoming and Idaho for over two years, court records showed. 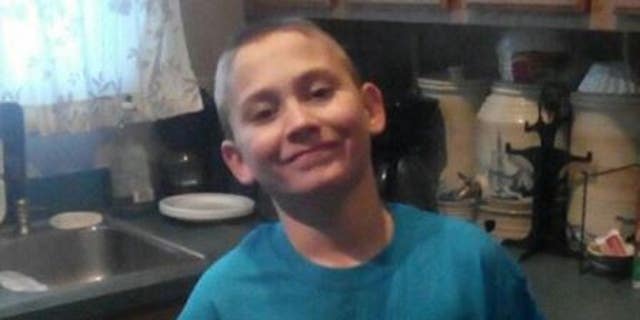 After his death, investigators said they found evidence, including a video, which is displayed When wife, and his 14-year-old uncle, and frequently abused him, including by beating him with a wooden paddle, and the lock of the food.

Batts and a 14-year-old also told investigators that he is shot and his brother was a “bad fight,” on Dec. 27. The uncle said he did When on Batts with a knife, according to the records of the court.

The 14-year-old is also recognised in spades, he is shot in the head and several times in the next 24 to 36 hours prior to his death, charging documents said.

Batts said, told him that she was sleeping on the floor in the living room and was mumbling and groaning all the night before, they said they found him dead the next morning.

THE BODY OF A MISSING SOUTH CAROLINA GIRL, FAYE, M ARIE, SWETLIK WAS FOUND, THE POLICE ARE INVESTIGATING IT AS A MURDER

No one sought medical help for the victim, the accuser, Bjorn Boyer said. The autopsy found that he had bruises all over his body and died from trauma to the head and body.

The 14-year-old was charged with premeditated murder in youth court on Wednesday and his bail was set at $500,000, and the Bozeman Daily Chronicle.

The children have been charged under the felony murder law, which says, and they committed the crime of aggravated assault that contributed to the death.

The bail has been set at $750,000 for the Batts, and $500,000 for Sasser. Boyer said he was looking for a higher security deposit for the Batts, because he believed her to be blamed.

One of the other men, an 18-year-old Gage Roush, was arrested last week and charged with felony assault on a minor in connection with Her death, the Bozeman Daily Chronicle. He appeared in court on Friday, where a judge, his bail at $50,000.