A Chicago-area man who was captured on video berating a woman wearing a T-shirt with the Puerto Rican flag has been convicted of a hate crime on Wednesday.

Timothy Trybus, of Des Plaines, and wept when the verdict was announced.

The 63-year-old was cited after a confrontation with Mia Irizarry on June 14, 2018, at Caldwell Woods, Chicago, the forest preserve.

A cell phone video shot by Irizarry, a man identified as Trybus questioned her citizenship, and remained to harass, authorities said. 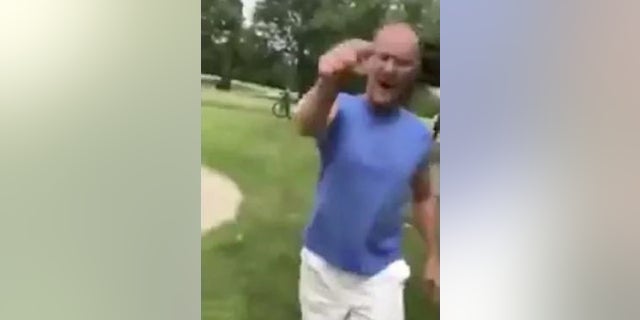 Timothy Trybus, 63, was shot, reportedly berating a woman wearing a T-shirt with a Puerto Rican flag on it for the past few years.
(Facebook )

“You shouldn’t be wearing that in the United States of America,” he told her.

Puerto Rico is a U.S. commonwealth.

The prosecutor said Trybus, appeared to be drunk.

“Drunk, intoxicated, that in no way excuses the defendant what he was doing,” Assistant State’s Attorney Patricia, Berlinsky said, according to The Chicago Sun-Times.

The incident has also prompted criticism of the Cook County Forest Preserves, the officer that witnessed what was going on, but it was not, as Irizarry asked for help.

Irizarry, 25, testified Tuesday that she feared for her safety. She declined to comment after the verdict.

Prosecutors said that even though Trybus, never touched, Irizarry, and his verbal barrage and aggressive manner, and were motivated by a Puerto Rican flag on her shirt — that’s a hate crime.

Trybus, was, in the first instance, be charged with the crime of sexual assault, but the charges were amended as a result of complaints from the city’s Puerto Rican community.

He is faced with a probationary period of five years in prison when he is sentenced in October.