Kelly Anne Conway on Nadler threat to arrest White house officials about subpoenas: ‘you must calm down the Congress’

Kelly Anne Conway discussed a recent interview, the Judiciary Committee Chairman Jerry Nadler, D-NY, suggested the administration officials that do not comply with congressional subpoenas was arrested or punished.

Advisor to the President, Kelly Anne Conway is back Tuesday against Rep. Jerry Nadler of the apparent threat to arrest or to a monetary penalty, members of Trump-management is not (to fire if you meet congressional subpoenas.

Nadler, the Chairman of the House Judiciary Committee, said in a radio interview yesterday that if “someone is in contempt of Congress, send the Sergeant-at-Arms and arrest you” or “you fine him $20,000 per day.” The New York Democrat has issued subpoenas for administration officials and seeking documents, the documents in the context of the financial Trump and the Miller report, but the President refuses.

“We are not subpoenas actually dangle to arrests of innocent citizens for the compliance?” Conway asked on “America’s Newsroom.” “I think that needs to calm down in the Congress a little.”

To appear Conway also spoke of a battle Nadler is currently with attorney General William Barr, is in the term, before the House Judiciary Committee on Thursday to testify on the process behind the publication of the Special Counsel, Robert Mueller’s report. But as of Tuesday it is unclear whether Barr actually attend the meeting, as the two are locked in a dispute over who was the handling of the survey, the sources told Fox News.

BARR SPARS WITH NADLER ABOUT THE LONG-AWAITED HEARING 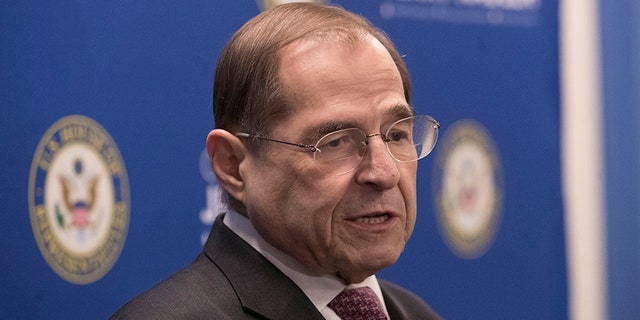 Conway said it is up to Barr, whether or not he wants to testify in front of the house.

“He is certainly not testify [before] the Senate is so it so that he is afraid to answer questions, under oath,” she told co-host Bill Hemmer.

“But the harassment of Bill Barr and the lack of respect is quite a shame for this man who spent his career in public service and in private law practice,” added Conway, refers to criticism of Democrats in Congress, such as Barr, the report deals with the release.

“I think people are just mad at Bob Miller and his investigators for not getting the President in an interview for the shutdown of the investigation, before those who felt they should to produce the goods.”

In relation to Juan Guaido Tuesday to call for the military to oust embattled Venezuelan ruler Nicolas Maduro, Conway said it is time for the “madman” to go. 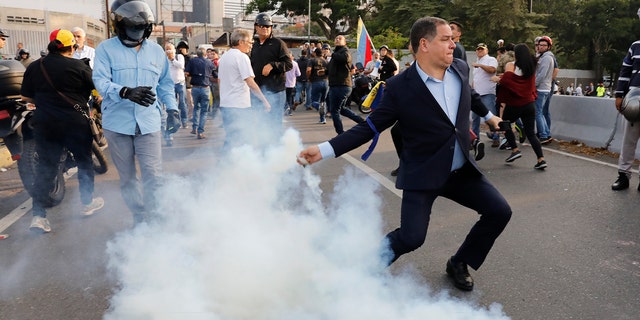 “We know that Chavez was in power for over 20 years, these things take time – this has now been over three months with Juan Guiado. But we support the Venezuelan people and that is why we in the United States have tried to deliver, and to satisfy as many stocks simply for their basic needs,” she said.

“The President has made it very clear around the world, that America, she added, the First not America alone, we stand in the breach, if people like the Venezuelans suffer”.