Katie Holmes has been getting some quality mother-daughter time with Suri Cruise in before the end of the year.

Holmes, 41, took to Instagram on Thursday to share the healthy selfie with her daughter Suri, 13, on her Instagram Story. The black-and-white photo was taken at an angle, and the mother-daughter duo, smiling from ear-to-ear as they huddled close to each other. 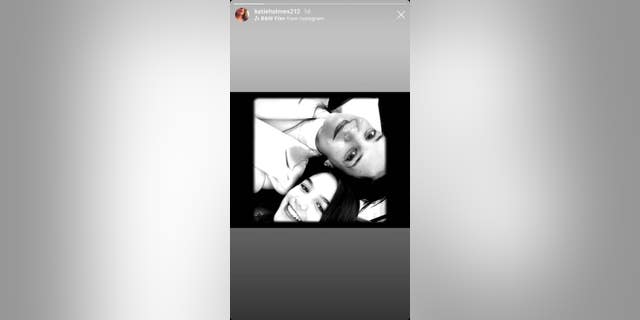 Katie Holmes takes daughter Suri Cruise in a cute snap on her Instagram the Story on Thursday, Oct. 26.
(Katie Holmes/Instagram)

Holmes’, recently celebrated Christmas with a series of festive snaps posted on her Instagram, with a shot off with a snowman ornament on her christmas tree, and a shot showing a seemingly tired of Holmes, who is in her eyes and a santa hat.

In November, in an interview with Elle magazine, Holmes opened up about her career and revealed being a mother with Suri as her.

The star, who had Suri at the age of 27, with her ex-husband Tom Cruise, said she was happy to have taken it to a child when she was in her mid-twenties.

“It’s great that our ages to fit… how do I do this? In every age, and that of my child, and my age at that time, it is also a good match. We grew up together,” the “Dawson’s Creek” alum said.

The reporter noted that when they asked Holmes if she and her daughter had a very good team, and it’s a noticeable ‘chill’ of the film.

“She frowns and gives me a faint line, and she says that she hopes that the majority of the families in the neighborhood,” the reporter announced.