Fox News Flash top headlines for July 17 here. Check out what you click on Foxnews.com

House lawmakers adopted an amendment to the National Defense Authorization Act (NDAA) last week that ordered the Pentagon to show, whether the U.S. military from ticks in biological weapons.

The amendment, by Rep. Chris Smith, R-N. J., requires the Pentagon to examine “whether the Department of defense is experimenting with ticks and other insects in relation to its use as a biological weapon, between the years 1950 and 1975.” 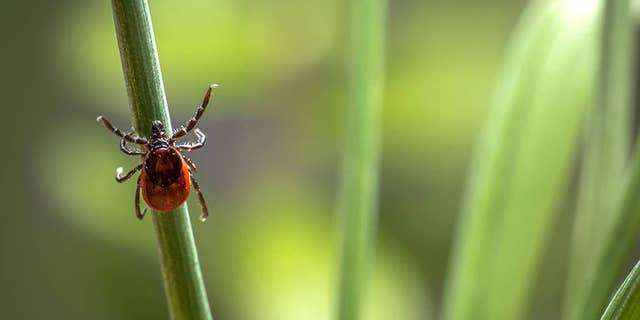 House lawmakers passed a bill last week to check that the ordered Pentagon, whether it ticks turned into biological weapons.
(hub.jhu.edu)

Smith said on the House floor on Friday that his amendment to refund the duties of the DOD inspector general “to ask the hard questions and report.”

“If that’s true, what are the parameters of the program were? Who ordered it?” Smith said during a debate for the amendment. “Was it accidental release anywhere or at any time from any of the diseased ticks?”

He said he was inspired to add the amendment after reading it, suggested: “considerable research has been done to turn to the US government facilities such as Fort Detrick, Maryland and Plum Island, New York, ticks and other insects in bio-weapons.”

FLORIDA WILDLIFE OFFICER WITH LYME DISEASE, OPENS UP ABOUT LIVING WITH TICK-BORNE DISEASES

Smith, a long-time advocate for the awareness of Lyme disease, is also the co-chair of the House Lyme disease group. Earlier this year, he introduced a bill that authorize $180 million in funding for Lyme disease research, prevention, and treatment programs.

The house meeting with the Senate to reconcile soon, two versions of the defense spending bills.