Homeless man pleads not guilty at the start of the Minnesota, into the synagogue on fire

A homeless man who admitted to setting fire to a 117-year-old synagogue building in Minnesota is expected to receive probation after pleading guilty on Tuesday.

Matthew Amiot, 36, told authorities he was walking away from the Sept. 9 the blaze because he was not able to extinguish the fire by spitting on it, prosecutors said. He entered his guilty plea to careless fires cost California. Louis County District Court.

The fire destroyed the Adas Israel Synagogue in Duluth, leaving only a few charred walls and the destruction of several religious artifacts. The construction of the building, which was completed in 1902.

A MAN OUT OF A FLORIDA SYNAGOGUE, WERE INJURED IN A DRIVE-BY SHOOTING, POLICE SAY 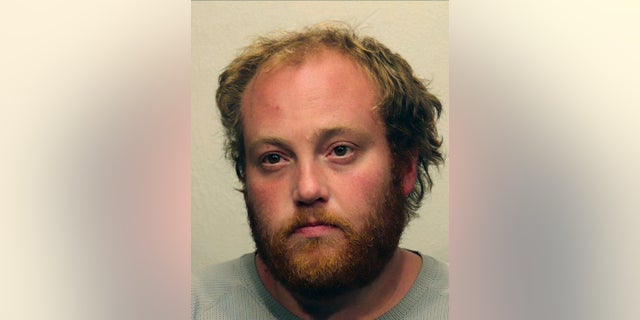 Matthew James Amiot was arrested on Friday, Sept. 13, 2019, in connection with a fire at the Adas Israel Congregation in Duluth, Minn. Authorities say the Sept. 9 fire that destroyed the historical synagogue building in the northeastern part of Minnesota, it does not appear to be a hate crime. (Approx. Louis (Mn) County Sheriff’s Office via AP)

The synagogue was a congregation of about 75 members, all of which have fallen up to 40 years of age, and the Star Tribune of Minneapolis reported. The fire resulted in the loss of $250,000 on the religious antiquities, and gave $117,000 to the structure.

Eight of the 14 Torah scrolls inside were not able to be rescued, and a firefighter being hit by the debris was injured during the fire.

Authorities do not believe that the fire was a hate crime. Amiot said that he set fire to some clothes out of the synagogue, to keep them warm, and tried to spit out, when the fire grew out of control.

Prosecutors are recommending a trial, but is going to have to ask for a stayed conviction, which means Amiot would be sparred the additional term of imprisonment, if he stays out of trouble. He will have to stay in a homeless shelter until his next court hearing.

“No fires, no problems, no nothing,” Judge Shaun Floerke told Amiot.

Tuesday’s hearing was moved from its original October date Amiot and can be displayed in a cabinet meeting. He said that he will wait three years for housing assistance.

He is scheduled to be sentenced Oct. 25.