Fox News poll: voters are frustrated with the government, nervous of the economy

in the vicinityvideo wants to Trump the economy enough to carry GOP congressional candidates to victory?

Many voters are frustrated with how the Federal government works, and a growing number are nervous about the economy-still-ratings of the economic conditions, it remains higher than it was before President Trump office took, according to the latest Fox News poll.

While 37 per cent confident about the economy, 48 percent feel nervous. This is from a low of 43 percent nervous in March 2019. At the highest point, 70 per cent was nervous in 2010, when the question was asked for the first time, and it was 61 percent in the year 2016. 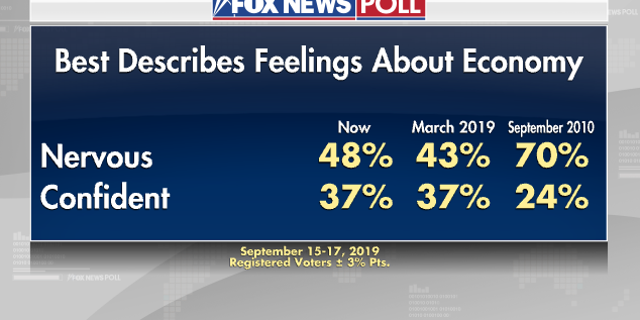 The survey, released on Thursday, is also the President of the economic policies receive mixed reviews: 43 percent think Trump policy hurt the economy, and 39 percent say that to be able to help you.

Views are rather negative on the rates, because the voters will think to hurt you, instead of helping the economy by a 45-31 percent margin.

Despite these concerns, the economy is hardly in the top five, if the voters are asked, without prompting from a list of the most important problems of the country. Immigration is one of the most common at 13 per cent. No other topic is hitting the double digits. More gun violence (9 percent), health (8 percent), enemy trump (8 percent) and the economy (7 per cent).

About half (48 percent) think the President has much power over the economy, and 47 percent rate the economy as excellent or good. This figure is higher only three times in the last ten years, and was under the trump administration. Fifty-one percent say the economy is only fair or poor shape. 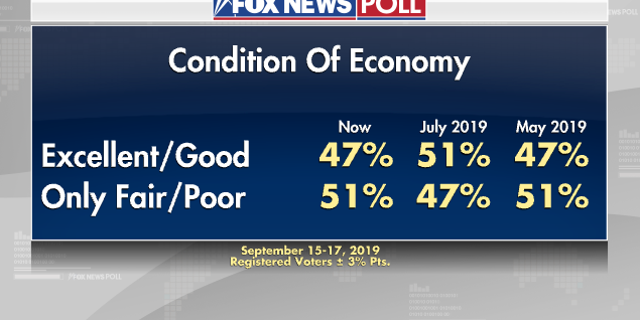 To the positive reviews for trump handling is to reject the economy: 50 percent of voters approve vs. 45 percent.

Currently, 45 percent are in favour of are doing the entire work of the President, while 54 percent oppose it. Last month, it was 43-56 percent.

In addition, 65 percent are dissatisfied (36 percent) or angry (29 percent) with the government. This is more than double the 31 percent satisfied (24 percent) or enthusiastic (7 percent).

The 29 percent of the angry is thrilled to have a new high and 7 percent, equivalent to the previous high a year ago. 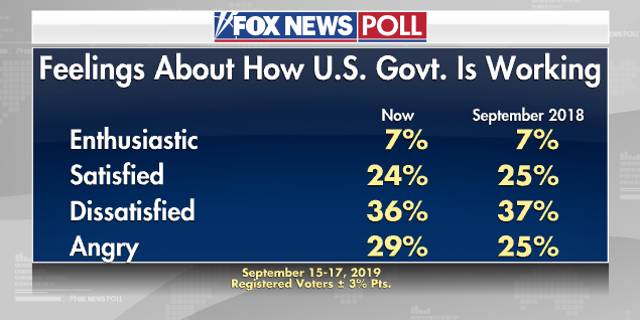 Around two-thirds (64 percent) are of the opinion that many people-if not almost all of the people — in the government are corrupt, and almost half (46 percent) to say that the trump management is more damaged than in previous years. Another 25 percent say the White house is less corrupt than the other, and 24 percent think it is about the same.

By a 46-25 percent margin, voters say their opinions of Trump’s gotten worse instead of better since he took office.

Meanwhile, 37 percent say that the Trump administration, you feel excited about politics, but for a 52 percent majority, it makes you feel exhausted. 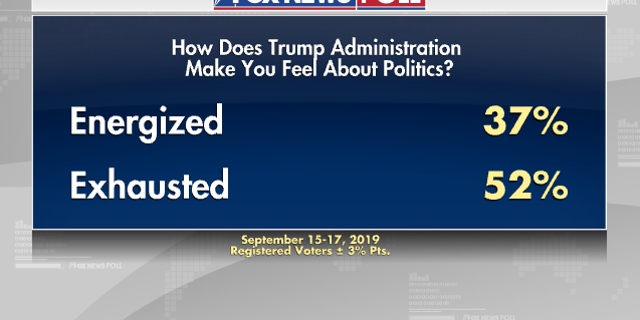 About half of Republicans (52 percent) say that their perception of trump’s gotten better since he took office, 10 percent say worse, and 38 percent unchanged. For the Democrats, 5 percent, say, 75 percent worse, and 19% unchanged. 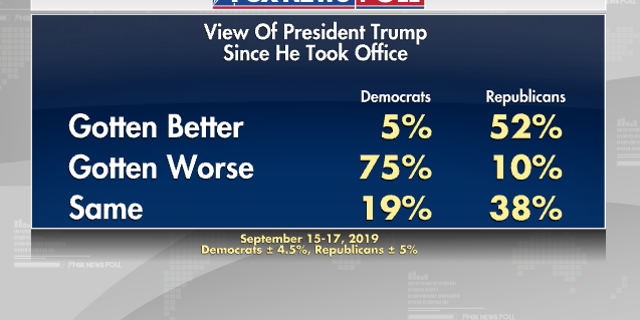 With their high approval of the President, nearly 15 percent of Republicans, 41 percent are excited about how the government works, “satisfied”. Most of the Democrats are dissatisfied (43 percent) or angry (41 percent). 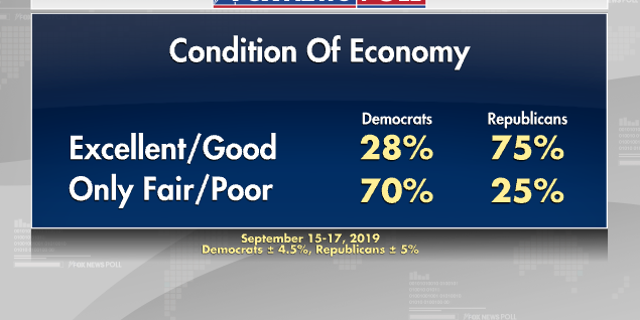 The top three topics identified are, among the Democrats trump (14 percent), weapons (11 percent) and health care (10 percent). For the Republicans, it is immigration (23 percent), the economy (8 percent), and national security (7 percent).

The voters will see several dangers to the stability of the United States.

Nearly 6-in-10 see the corporate influence over the government (59 percent), racism (58 percent), and the interference in the US elections (56 percent) as the greatest threats to the country.

Socialism is the largest number, 28 percent, say it is not a danger. However, it counts as the third biggest threat to the Republicans: 74 percent say that illegal immigration is a big threat to the stability in the United States, say 65 percent, an illegal vote, and 63 per cent socialism. The top-three of the biggest threats to the Democrats, racism is 78 percent, and foreign interference in elections, 74 per cent and 72 per cent of the climate change.

Conducted September 15-17, 2019, under the joint leadership of the Beacon research (D) and Shaw & Company (R), of this Fox News poll is based on interviews with 1,008 randomly selected voters nationwide, spoke with a live Interviewer on both landlines and mobile phones. The survey has a margin of sampling error of plus or minus three percentage points for all registered voters.