The American ex-president George H. W. Bush is since Monday is no longer in the hospital.

The 92-year-old Bush was at the Houston Methodist Hospital in Texas because of a pneumonia.

“He is grateful for the many beterschapswensen that he received during his stay”, his spokesperson know. “He is also the doctors and the sisters are grateful.”

Bush senior was January 20 in the hospital, since a week he was no longer in the intensive care unit. 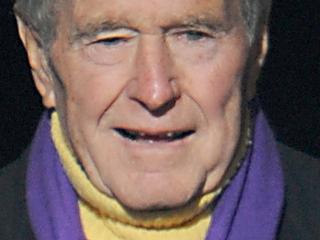 Happy to report that @GeorgeHWBush was discharged from @MethodistHosp today. He deeply appreciates everyone’s praye… https://t.co/tnoLjGT0a0