A Florida mother credited her instincts for picking a man who was spotted lurking behind a dumpster at her child’s elementary school was a registered sex offender.

The mother, who asked not to be identified, told FOX13 Tampa that she saw the man earlier this month, walking past the building when she felt something.

“He stopped behind the container out of my sight. And he stayed behind in the dustbin,” she told the station. “So I said, ‘This is weird.'”

On a private Facebook group of parents had been posting about a “man on a bicycle” which is often passed Bauder elementary School in Seminole dismissal time, the Tampa Bay Times reported, citing a formal complaint to the Pinellas County Sheriff’s Office last year. 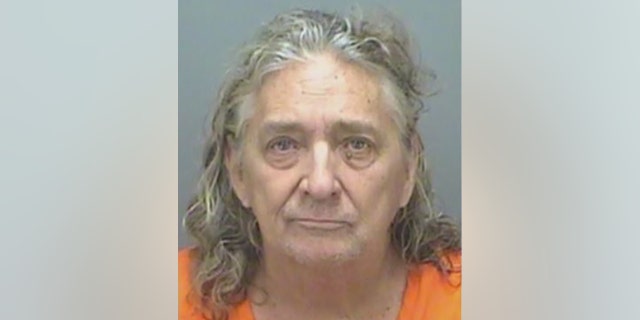 Saxton was equipped with a GPS monitor prior to his release on $1,000 bond, records indicate.
(Pinellas County Sheriff’s Office)

Another mother in the group had looked at an online list of registered sex offenders and found that the man who she believed was prowling the school grounds, FOX13 reported.

The mother said that they knew that they are looking for a man with “long hair, riding a bike.” She said that she followed her instincts and called the police.

Herbert John Saxton, 67, was on Friday arrested on charges of trespassing on school, an arrest report said. He was later released on $1,000 bond and is equipped with a GPS monitor, according to the police.

“There is no substitute for a mother’s instinct.”

Saxton previously four years of a 10-year prison sentence from 1997 to 2001 on sexual battery charges from an incident in 1988, according to sex offender records. In 2004, he was charged with failure to comply with sex offender registration and was fined.

“There is no substitute for a mother’s instinct,” the mother added. “And if it feels wrong, it probably is.”