A 3-year-old boy, were killed Sunday in a hit-and-run crash on a Florida interstate that was sitting unrestrained in the passenger’s lap rather than that of a child, authorities said.

The crash took place on eastbound I-4 in Polk County at about 2 p.m. when a white sedan hit in 2011, the Nissan’s version of the crime victim, the Florida Highway Patrol (FHP) said.

A HUGE 69-CAR PILEUP IN VIRGINIA AND LEAVES WITH A VARIETY OF CRITICAL INJURY, TURNS ON THE INTERSTATE

The boy, who, when Josiah the King, was one of five people in the vehicle as a white sedan and a result of the merger of the left-hand lane and struck the left rear of the car, driving in the center lane, the Orlando Sentinel reported, citing the FHP. 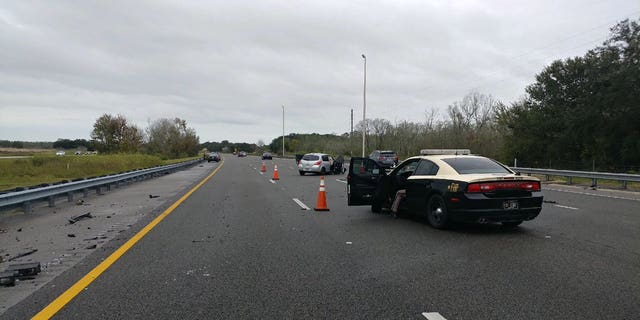 Researchers have been looking for a white sedan that hit in 2011 was the Nissan and left the scene.
(Florida Highway Patrol)

Josiah’s 21-year-old mother, Yahkirioth Swain, he lost control of his vehicle and struck the guardrail in the center median, according to local reports.

A HIT-AND-RUN DRIVER PLOWS INTO GROUP OF CHILDREN IN FRONT OF THE MASSACHUSETTS HOUSE, SPEEDS AWAY

The 3-year-old, who is on the lap of a passenger in the back seat, died of his injuries at Lakeland Regional Health Medical Center, WFLA-TV reported. Swain and the other passengers are between the ages of 7, 14, 17, 27, were wearing their seat belts and the injuries sustained. 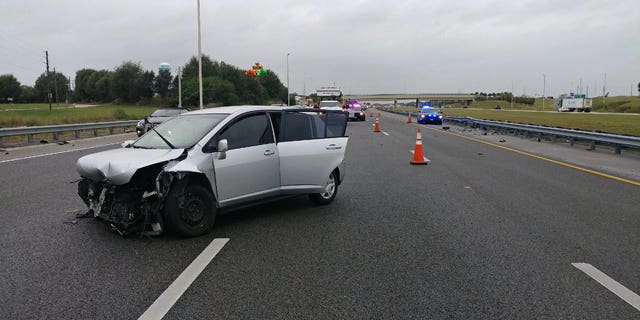 A 3-year-old sitting on the lap of a passenger in the back seat of a 2011 Nissan, has died after a hit-and-run crash on Sunday, authorities said.
(Florida Highway Patrol)

The driver of the vehicle did not stop after the crash.