Sen. Cory Booker for the presidency, not the way he planned-but it seems, he won a dubious honour: a member of the Congress, missed more votes than any other member.

In fact, Booker, D-N. J., narrowly beat out sen Bernie Sanders, I-Vt., for the award more votes than any other Congress in the past year, according to a report.

While running for President last year, Booker missed 65 percent of the votes in the Senate, more than any other legislator in either the Senate or the house of representatives, including those in the battle for the presidency, according to NJ.com, which cited data from the Congressional Quarterly.

Sanders, the current frontrunner, the race for the Democratic primary, was a close second, missing 64 percent of the vote in the Senate last year. 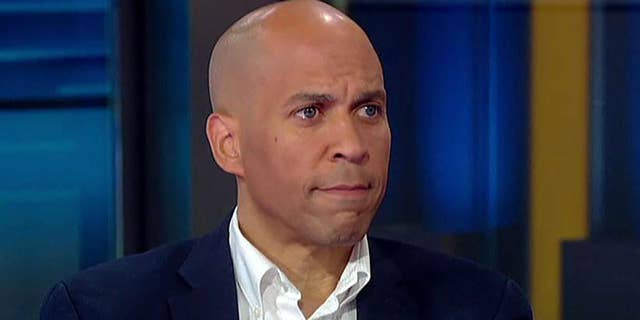 The vast majority of the votes of Sen. Cory Booker, D-N. J., missed “procedural, symbolic, or non-binding,” a spokeswoman for Booker NJ.com said.

“Bernie has to give a commitment over the next year, it is his best Chance to run for President and win. He is all-in. This sometimes comes at the expense of missing a couple of Senate votes, but if there was ever any votes in the joint on his presence, he will certainly be there,” said Shakir.

But some of the missed votes were on the financing of the Department of defense, to override the suspension of the debt limit and deals, President Trump the Veto resolutions of the sale of weapons to the United Arab Emirates and Saudi Arabia block, the newspaper noted.

Still, Sanders’ 64-percent mark was better than during his 2016 presidential run, when he missed 71 percent of the Senate vote, Seven days reported.

Sr., Kamala Harris, D-Calif., who suspended her presidential campaign last year, came in the third, to have overlooked the fact, 62 percent of the vote, according to NJ.com.