Cocu surprised about column of the KNVB-director of The Young

Cocu surprised about column of the KNVB-director of The Young

A column by Gijs de Jong, director of operations of the KNVB, is not good cases at PSV trainer Phillip Cocu. De Jong wrote that he hopes that Feyenoord Sunday’s important match against the Locals in The Bowl wins.

“I will be at home keeping our fingers crossed for Feyenoord. Yes, sorry Eindhoven, but I believe”, wrote De Jong, born in Brabander and normally PSV-fan in his column.

“That’s incredibly big club Feyenoord, coming from so far away, year-in-year-out dabbled to financial and other disaster to avert, to finally state that volksclub again on the threshold of a national championship,” said De Jong.

“With such a huge constituency, is good for the whole of football, that the Club champion. If you’re a national club already so long no role of significance have played in the title, it should be a time. One for once.”

Cocu said Friday at the final press conference for the duel with the leader to have surprised. “Well, let’s establish that if you have a column you can write, that you quietly sit down. Then you have so thought about it. Then I find it alarming that the general director of the KNVB will exhaust.”

“Whether it’s PSV or Ajax or Feyenoord. That makes me not at all. It seems to me that you that from that position all the way not to do”, said Cocu.

“Yes, I’m surprised about. That has nothing to do with it, that he hopes that the Team wins. I think that someone who is in such a function works all the interests of the Dutch football level, and should control. Then you go I think you are not walking about preferences.” The disadvantage of PSV at the forefront of the Team is eight points. Ajax has five points less than the Locals.

Both Feyenoord as PSV has a fit selection for the cake topper. The team from Eindhoven will Jürgen Locadia after six months back in the clash. The 23-year-old attacker ran at the beginning of this season a liesblessure.

The duel in The Bowl starts Sunday at 14.30 hours and is under the direction of an arbitrator Bas Nijhuis. 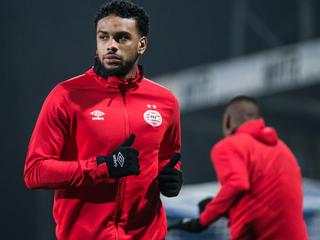 See also:
Locadia back in selection of PSV for topper in The Cockpit