Photographer Cigdem Yuksel Saturday the Canon Zilveren Camera awards for her photographic series, Syrian child labor. To the Silver Camera, the most important journalistic fotoprijs, is a cheque of 5,000 euros.

Yuksel is currently working as a freelance photographer for the Volkskrant. In recent years she traveled, among other things, to Italy, Greece and Turkey to the vluchtelingencrisis to capture.

In may 2016, she made with two reporters in the Turkish city of Gaziantep, the series of Syrian child labor, a portrait series of Syrian refugee children in textile and schoenenfabrieken work to their parents to support them financially.

“The children in the series of Yuksel are all Syrian refugees, mostly to work in industries that cheap stuff supply for the European consumer market. It takes no huge gedachtesprong to think that this story of us as Western consumers to confront with the consequences of our political and economic choices”, the jury said.

“This combination was an important argument for the jury in order for this series to choose from. Also the strong colours, strong compositions and the consistent quality of the individual images contributed to a convincing choice for this series as the winner of the Canon Silver Camera.”

The Price for Innovative Journalism goes to a documentary filmmaker and photographer Ruben Terlou for the series Along the banks of the Yangtze river, which also appear on television was in a six-part series for the VPRO. Terlou gives in the series is a picture of the current China.

“By his personal and individual way of telling a story, he has, through various forms, a wide audience for the subject and photography managed to interest”, says the jury.

The winning series of photographs by Cigdem Yuksel: 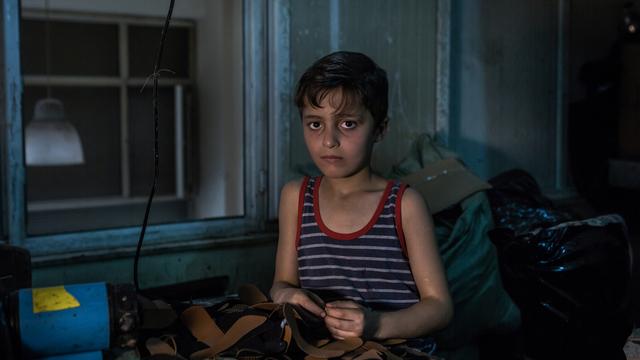 Anton Slotboom had a book on His Performance just then, the telephone came to know that the poet and the nachtburgemeester, of Rotterdam, passed away. After his death he realized rolf Slotboom made it stand out even more, how important, and powerful...

Comedian, Martine Sandifort will replace Gordon on Friday as a guest of new Insights, the play of Marc the Dog as well. Gordon would be the presenter, and director to interview, but said Monday, according to a spokesman, because then all of a sudden...