Carnival’s newest ship and has a military-inspired bar in honor of America’s veterans, service members,

Cheers for the heroes.

Carnival Cruise Line has recently made his debut with the Heroes (Tribute to the Bar — a room dedicated to honoring America’s military is in its brand-new Carnival, the Panorama of a liner. 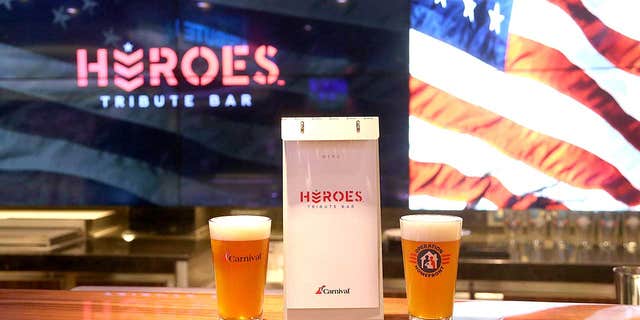 “We are always looking for new ways to honor our military heroes, and this new outlet is a magnificent tribute to the sacrifices of our armed forces personnel and their families, and will be a superb addition to our very popular military honours, which will be held on every Carnival cruise,” said Christine Duffy, president of Carnival Cruise Line.
(Carnival time)

SEE: “THE BAR HAS BEEN ACCUSED OF MISOGYNY OVER ‘AWKWARD MOMENT’ CHARACTER

“The Heroes-Tribute to a Bar, it is a project that is very near and dear to my heart, and that everyone at the Carnival was very proud of it,” said Christine Duffy, president of Carnival Cruise Line, in a statement. “We are always looking for new ways to honor our military heroes, and this new outlet is a magnificent tribute to the sacrifices of our armed forces personnel and their families, and will be a superb addition to our very popular military honours, which will be held on every Carnival cruise.”

The bar itself is decorated with military memorabilia, including the “distinctive, All-American style with the logos of the five armed service branches of the U.S. armed forces,” according to a press release. The photos of the interior are also on the walls are covered with flags and pictures of soldiers and military men and women. 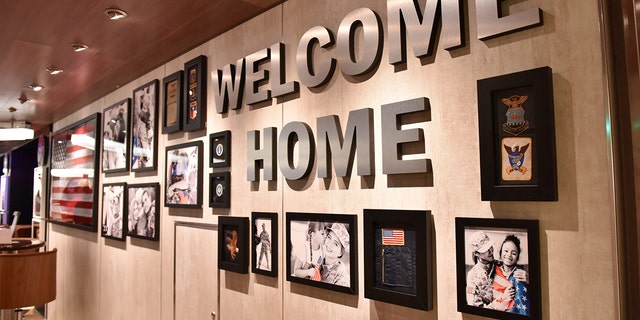 The bar itself is decorated with military memorabilia, flags, images, and graphics from the military, and the military.
(Carnival time)

In addition to honoring our nation’s heroes, and the Heroes, a Tribute and a Bar will be donating a portion of all proceeds will be used for Operation Homefront, a not-for-profit organization that is committed to providing assistance to military personnel and their families.

“We are very excited to bring our long-standing partnership with Christine, She and the whole of the Carnival Cruise Line team, in order to raise awareness and support for our troops and their families,” said retired Brig. Gen. – John I. Pray, Jr., president and chief executive officer of Operation Homefront.

The carnival also invited to the military and to the veterans on the ship for the first time on Wednesday of last week, to share a pint with the Carnival employees. 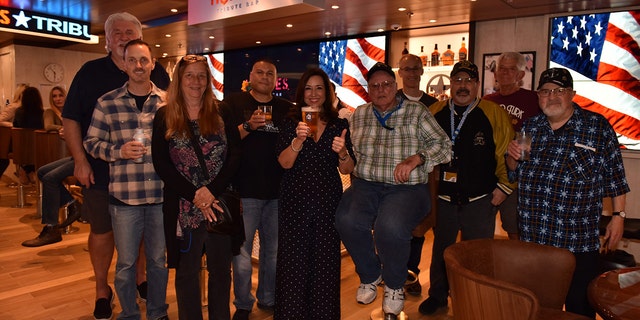 Christine Duffy, center, in a quiet little place with veterans and service members as the Heroes Tribute to a Bar, during the inaugural sailing of the Carnival and Panorama.
(Carnival time)

She added that while the Heroes (Tribute to the Bar for the Landscape, the cruise line will be celebrating with the same sense of gratitude for our military with special events in the Carnival fleet,” according to the press release.

The Carnival was the Panorama started its regular service on Dec. 14, with a seven-day sailings to the Mexican Riviera.