Fox News Flash-main news, Jan. 16, here. Check out what to click on Foxnews.com

A 14-year-old Mexican teenager, was caught in a US-mexico border checkpoint in California and three bundles of crystal methamphetamine taped to his body, authorities said.

The boy was with two other minors and one adult, U. s. Customs and Border Protection, said, ” when he came to the State Route 94 checkpoint in Jamul, east of San Diego on Monday night.

If the border agents questioned the group, who, in 2006, a Volkswagen Jetta, a drug-sniffing K-9 alerted the agents. 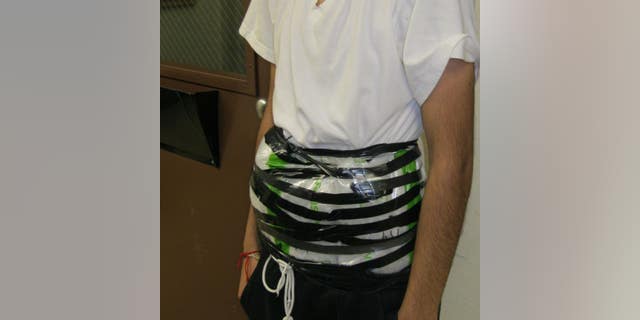 A 14-year-old man was caught at the U.S.-mexico border with crystal methamphetamine strapped to his waist Monday night, authorities said.
(U. s. Customs and Border Protection in San Diego

The group was being moved from one area to another for a second inspection. They were to be searched, and the packaging of the drugs found on the toe of the waist, a press release said.

The other 49 are packaged in plastic containers, were found in three of the backpacks in the car. In total, the agents found 54 kilograms of drugs worth an estimated $102,000. 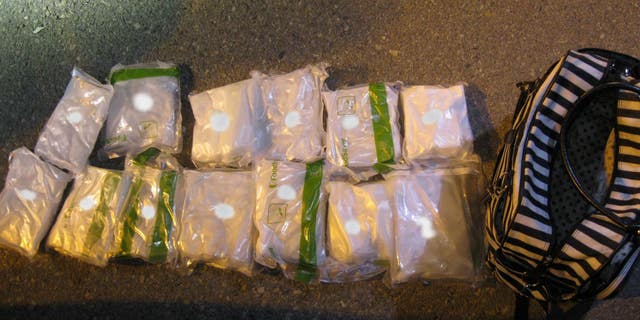 Authorities have arrested a 14-year-old and a 16-year-old, who are both Mexican nationals. The driver, a 34-year-old man and another 16-year-old, both U.s. citizens, were taken into custody.

Agents in the San Diego sector has seized a 42-million worth of methamphetamine since Jan. 1.