Mike Bloomberg campaign, said Friday his campaign office in Knoxville, Tenn., was vandalized overnight with graffiti and suggested that a rival democratic presidential candidate Bernie Sanders’ rhetoric could be to blame.

The campaign confirmed that it is not, the wanton, the office is damaged, but greatly increases the possibility to be connected with the Sanders Fans. Bloomberg’s team is a photo showing the spray-painted words “F—k “Bloomberg” and “oligarchs” on the outside of the building.

“This latest incident in our Knoxville campaign office is exactly what we will get a warning on,” the Bloomberg campaign manager Kevin Sheekey said in a statement. “We don’t know who is responsible for this vandalism, but we know it echoes language from the Sanders campaign and its supporters.” 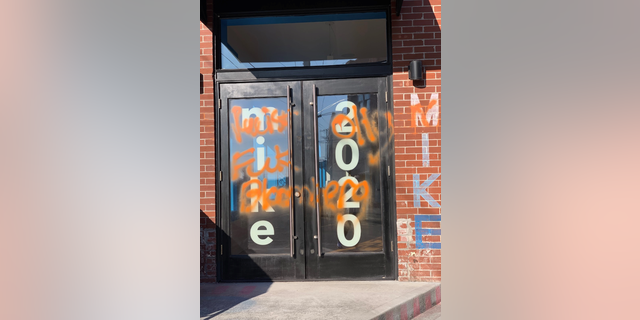 Sheekey called Sanders, “immediately to these attacks condemn, and for his campaign to the termination of the Trump-like rhetoric, he is clearly to engage his supporters in a behavior that has no place in our politics.”

Bloomberg’s campaign argued that the graffiti in Knoxville, is the latest in a pattern of vandalism has seen it all over the country. You referenced the recent events in Toledo, Ohio; Youngstown, Ohio; and Ann Arbor, Michigan.

“In the past week, we have seen similar attacks against Mike Bloomberg said in 2020, with offices in several States,” Sheekey. “Fortunately, nobody was injured. But this has to stop before someone gets hurt.”