Fox-News-Flash-top-headlines for Jan. 28, are here. Check out what you click on Foxnews.com.

The democratic presidential candidate Michael Bloomberg caught flack after a viral video of a campaign stop in Burlington, Vt. showed him, shaking a dog’s mouth is, instead of his paw.

In the awkward encounter, Bloomberg first shook a man shaking the hand, before the open mouth of a dog and then the top of the head scratching.

Although the dog seemed unharmed, some social media users were wounded in the exchange.

BLOOMBERG: TRUMP TOLD ME, ‘THERE IS NO’ PEOPLE, THAT HE MIGHT SET THAT ARE SMARTER THAN HE IS

Another photo surfaced from 2013 when Bloomberg visited the Norwegian Breakaway cruise-line baptism, and the First at the Pier on the Hudson in New York, where he seemed to be shaking a dog’s snout is, as well.

“Mike plays with his dogs, he plays with his children,” dogs, and this video shows him playing with a voter-dog, as he is the first candidate to campaign in every Super Tuesday state,” Stu Loeser, a spokesman for Bloomberg, told Fox News on Tuesday. “By the way, this is how the experts suggest you play with your dogs to train you.”

It remains to be seen whether Bloomberg brings a dog or other house, he is elected into the White house, if.

President Trump is the first President in more than a century to not have a pet, while in the office.

Loeser told Fox News that Bloomberg “has not yet may never have a dog he is and Vice versa. As far as the plans for the White house, we don’t want to bite off more than we chew can, right now.” 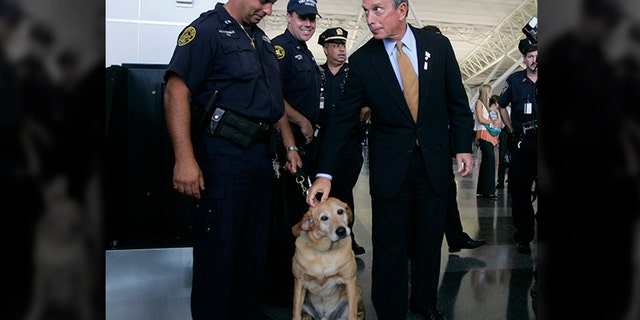 The former New York City mayor has made it a priority to address States, such as Vermont with a large number of delegates in play, starting at the 3 March, or Super Tuesday, while the waiver of the campaign stops in the first four primary States.