Armed Wisconsin, a 16-year-old high school student was confronted by a school resource officer on Tuesday morning, which resulted in an officer-involved shooting, police said — a day after a similar incident unfolded in a different Wisconsin high schools.

The students at Oshkosh West High School, which is about 53 miles southwest of Green Bay, was confronted by a school resource officer or the local police department confirmed.

WISCONSIN HIGH SCHOOL RESOURCE OFFICER SHOOTING AN ARMED STUDENT WHO COULD NOT ” HAND OVER THE GUN,’ POLICE SAY

The teen allegedly went to the resource officer’s office had a “sharp weapon” and took the officer, Oshkosh police chief, Dean Smith, said at a press conference on Tuesday afternoon.

The officer, who is the current police officer with the Oshkosh Police Department, and then let the student go.

Both the student and the officer, were injured and taken to a local hospital, and the police didn’t believe their injuries were life-threatening, Smith said. No one else was injured in the incident.

As of 10 a.m. local time, at Oshkosh West, has been locked down, according to authorities. The parents were told to pick up their kids at the local high school, and all classes have been cancelled for Wednesday, Vickie Cartwright, the superintendent of schools, said in a statement.

“Today’s tragedy shows, a trained school resource officers can help save lives,” Cartwright said. “We are grateful for our partnership with our local law enforcement agencies, as well as our own skilled staff and a pro-active approach to emergency response in our district.” 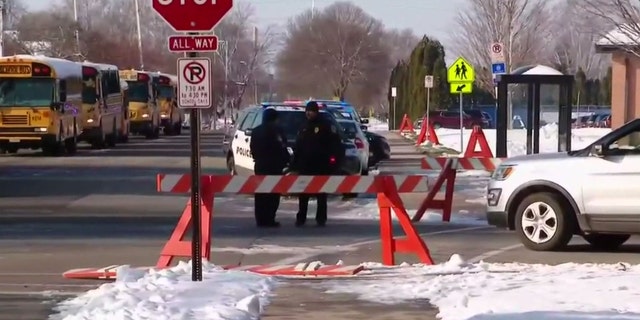 An armed student at Oshkosh West High School in Wisconsin, was confronted by a school resource officer on Tuesday, according to police.
(WLUK-TV)

“This incident will be turned over to the department of criminal investigation, who will conduct the investigation,” the police department said. “There will be more and more information will be released as soon as it becomes available.”

The shooting happened about 24 hours after a resource officer at Waukesha South High School, nearly 85 km south of Oshkosh — is confronted by an armed male student, 17.

As a student in the Waukesha, told school officials that another student brought a gun to school. The school resource officer is to immediately react to a classroom and did the scene for the other students to safety. 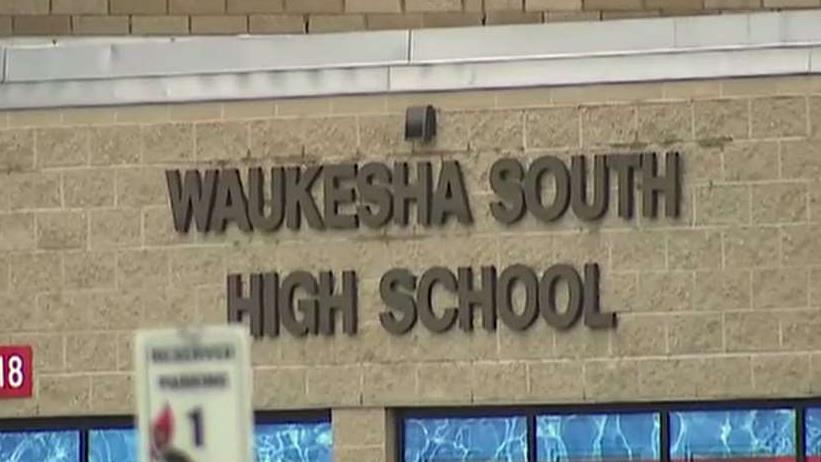 While law enforcement officers attempted to “de-escalate” the situation by talking to the student, Waukesha police chief Jack Russell said the 17-year-old “would not remove his hands from his pocket, and ignored the officers’ commands, and finally drew his gun from his waistband at the of the officers.

The police have confirmed that two guns were found in the classroom, and that both were pellet guns. The police later searched the student’s home and found more pellet guns.

A police officer on the scene “forced to resign” of his firearm, and shot the student once in the leg and twice in the arm. The officers immediately administered life-saving attention for each student. He was transported to a hospital and was in stable condition as of Monday.