An Oregon woman was arrested Sunday and charged with using racist language, after the harassment of a Mexican food truck operator, and he tells her to go back to Mexico,” according to the district attorney’s office.

Sierra Lavonne McDonald, 30, was indicted by a grand jury on Dec. 17 with a variety of charges, including bias crime, harassment, and unlawful use of a weapon, Fox-12 is reported.

Court documents cited by the station to say it’s ” two hits, a food cart in southeast Portland. On her first visit on Sept. 21, McDonald reportedly told the operator, “go back to Mexico city for the opening of a can of soda, and pour it over some chicken and the head of the victim and the Multnomah County District Attorney’s Office said. 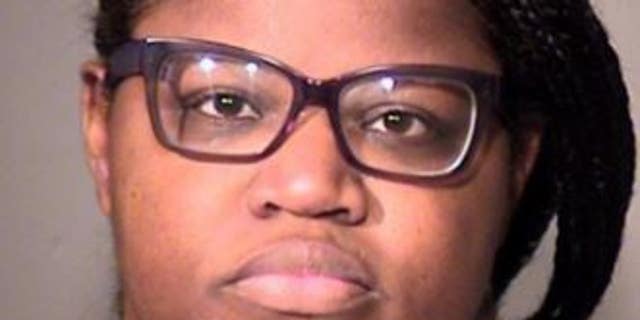 Sierra Lavonne McDonald told officers that she did not think that the food cart operators were racially motivated “because they served the white people faster than it had for her.”
(Multnomah County Sheriff’s Office)

The victim is reported to have called the police, who then tried to get in touch with the Jones’, but she hung up on them, according to the public prosecutor’s office.

IN THE ARMY, THE NAVY, THE RESEARCHERS FOUND HAND GESTURES WERE MADE DURING FOOTBALL BROADCAST WAS NOT CLEAR

McDonald then allegedly spit in the direction of the chicken is cooked, allowing the operator to throw the whole batch away because of health problems. The value of the chicken is lost was said to be around $300.

After pouring in the chicken, Mcdonalds, reportedly, quite apart from the pointed end of a wooden stake in the direction of the same, a food truck worker, according to court documents.

McDonald, who is black, told officials that she did not think that the food cart operators were racially motivated “because they served the white people faster than it had in her,” per court documents.

McDonald’s was on Sunday arrested and made her first appearance in court on Monday morning. It was not immediately clear whether she has an attorney who could speak on their behalf.