2 sisters charged with assaulting a family in Tennessee funeral home

Fox News Flash-main news for April 23, are here. Check out what to click on Foxnews.com

Two Tennessee sisters were charged with aggravated assault on Monday after police said she showed up for a funeral home and people threatened with a gun, even stabbing the deceased woman’s sister, police said.

Angel Chatman, 28, and her 26-year-old sister, Travonda appeared in Terrell Broady Funeral Home is in the North of Nashville, around 1:00 pm for the visit of Angel’s ex-girlfriend who had recently died, Metropolitan Nashville police said in a press release.

Upon arrival, family members at the height of the two sisters that they were not allowed to run — which apparently led to a fight. The police said that during the argument, Angel allegedly cut the dead woman’s sister on her back with a knife and both Chatman sisters would have waved guns, a threat to the deceased’s mother and uncle. 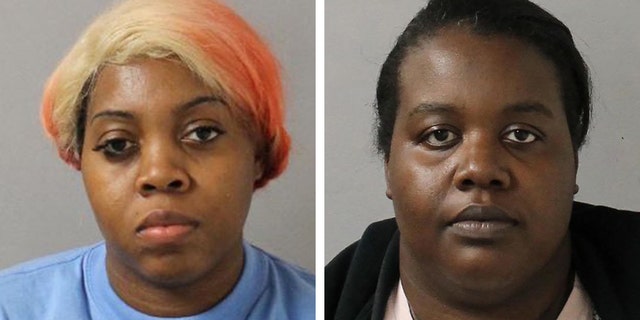 Angel Chatman (left), 28, the ex-girlfriend of the deceased, and her sister, Travonda Chatman, 26, were charged with the crime of aggravated assault after a reported fight Monday at a North Nashville funeral home.
(Metropolitan Nashville Police Department )

The pair then reportedly ran away and came in a SUV, reversing into another vehicle where the deceased brother was said to have been within.

The police said the brother got out of the car as Angel returned to her SUV again, pinning him between his vehicle and hers.

He sustained “non-essential” injuries to his legs and was transported, along with the stabbing victim, at Vanderbilt University Medical Center for treatment.

The Chatmans were charged with the crime of abuse; Angel gave himself over to the police on Monday, but Travonda had yet to be arrested, investigators said..